Researchers from the ICMAB-CSIC and ALBA Synchrotron have led a collaborative research, together with the iCN2, the Dept. of Electronics and Biomedical Engineering (UB) and CIC nanoGUNE (Donostia), where they have exploited X-ray absorption spectroscopy at the BOREAS beamline of ALBA for unveiling the optical and spin transport properties of transition metal oxides for photovoltaics and spintronics applications. 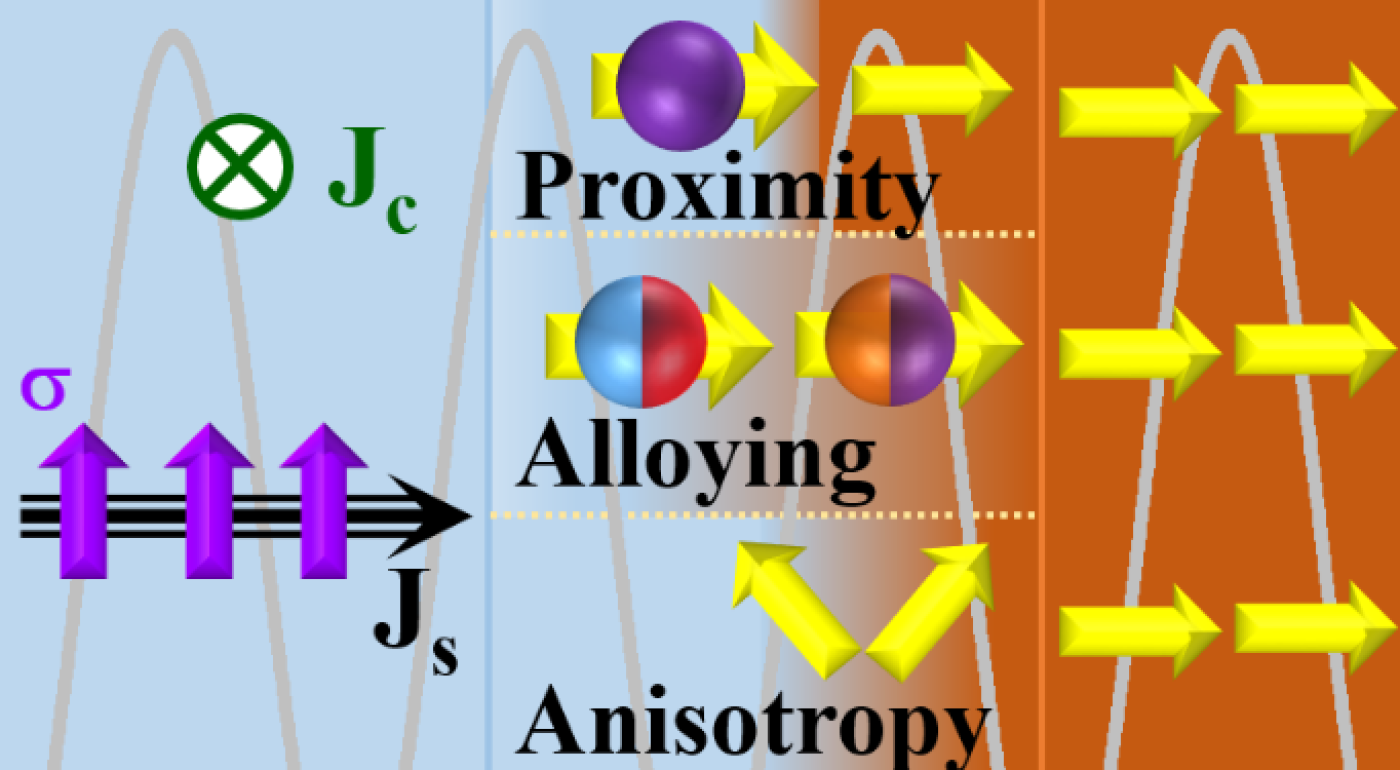 There is an urgent need of metallic and transparent electrodes for applications in advanced technologies such as flat panel displays or electrodes for photovoltaics, that may substitute the ubiquitous and exceedingly expensive and scarce Indium-Tin oxide (ITO). The AMO3 perovskites (being A an alkaline earth and M an early 3d transition metal, e.g. SrVO3) are driving attention because their intrinsic metallic character combines with the strong electron correlation within the narrow 3d band, to produce a material having its plasma frequency down to infrared and thus transparent at visible range.

By exploiting the sensitivity of X-ray linear dichroism (XLD) to electronic orbital occupancy, researchers have been able to show that epitaxial strain acting on SrVO3 thin films, is a toggle that allows modulating the 3d1-t2g bandwidth and thus the effective mass of 3d1 carriers, ultimately dictating the plasma frequency of the films (see Figure 1).

These results, which have just been published in ‘Advanced Functional Materials’ journal, pave the way for tuning the optical transport properties for photovoltaics.[1] 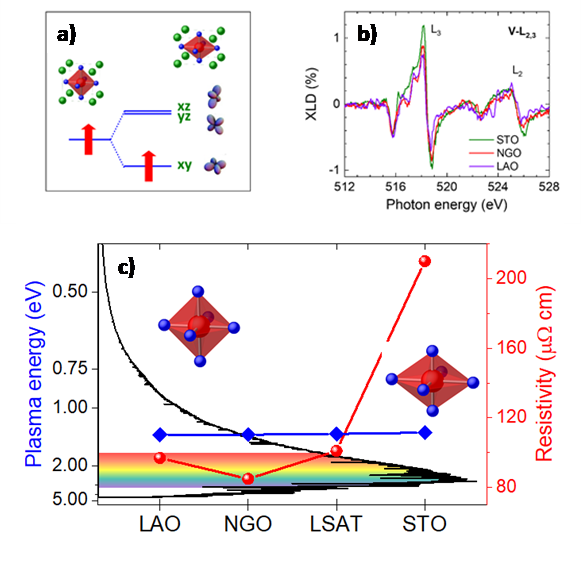 Pure spin currents in spintronics may permit to alleviate the energy consumption of devices based on spin-transfer-torque or other charge-current controlled devices. Spin currents can be generated by a number of methods, including charge flow in presence of a large spin-orbit (SO) coupling (Spin Hall effect), spin pumping or thermal gradients in magnetic materials, to mention some few. Detection can be made by exploiting the so-called inverse spin Hall effect, in which a spin current creates a voltage in a SO metal. The nature of interfaces plays a major role in spin current observation (see Figure 2).

Scientists have recently published in ‘Advanced Materials & Interfaces’ a topical review on “spin transport” addressing the above issues.[2] Using X-ray absorption spectroscopy (XAS) and X-ray magnetic circular dichroism (XMCD) together with exhaustive electrical and microstructural characterizations, they have undertaken a complete analysis of the interface between a ferromagnetic insulator (CoFe2O4, CFO) and a heavy metal (Pt), looking for magnetic fingerprints at Pt-M edge and possible changes of electronic and magnetic structure at (Fe,Co)-L edges of CoFe2O4. It was shown that growth conditions of Pt/CFO have a major impact interface magnetism and that spin magnetoresistance and XMCD can be a tool to distinguish between bulk and (interface) surface magnetic properties. 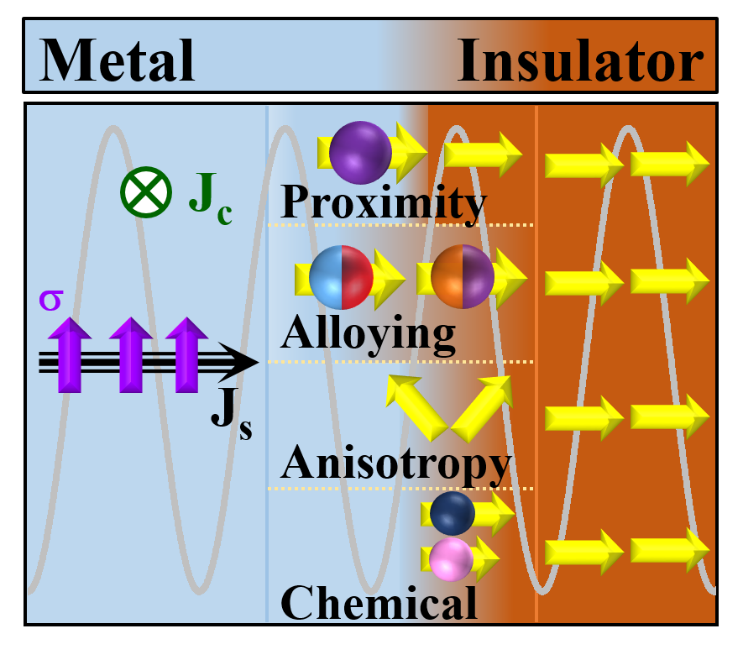 Figure 2. Illustration of different phenomena occurring at the interface between a ferromagnetic insulator and a heavy metal.

Financial support from the Spanish Ministry of Economy, Competitiveness and Universities (MINECO), through the “Severo Ochoa” Programme for Centres of Excellence in R&D (SEV-2015-0496) and the MAT2017-85232-R and MAT2016-79455-P (AEI/FEDER, EU) and from Generalitat de Catalunya (2017 SGR 1377 and 2017 SGR 776) is acknowledged. Also, Maria de Maeztu Programme for Units of Excellence in R&D, Grant Numbers: MDM‐2016‐0618, MAT2017‐85232‐R, MAT2015‐65159‐R. Researcher M.M. is financially supported by the MINECO and the work has been done as a part of his Ph.D. program in Physics at Universitat Autònoma de Barcelona. Support and advice from Dr. Mariona Coll on ellipsometry are very well acknowledged.