Celebrating Sant Jordi 2019 at ICMAB with a book exchange and new bookmarks!

At the Institute of Materials Science of Barcelona (ICMAB) we celebrate Sant Jordi 2019 with the second edition of the Book Exchange. This year, we also included two bookmarks to give as a souvenir to all our staff. 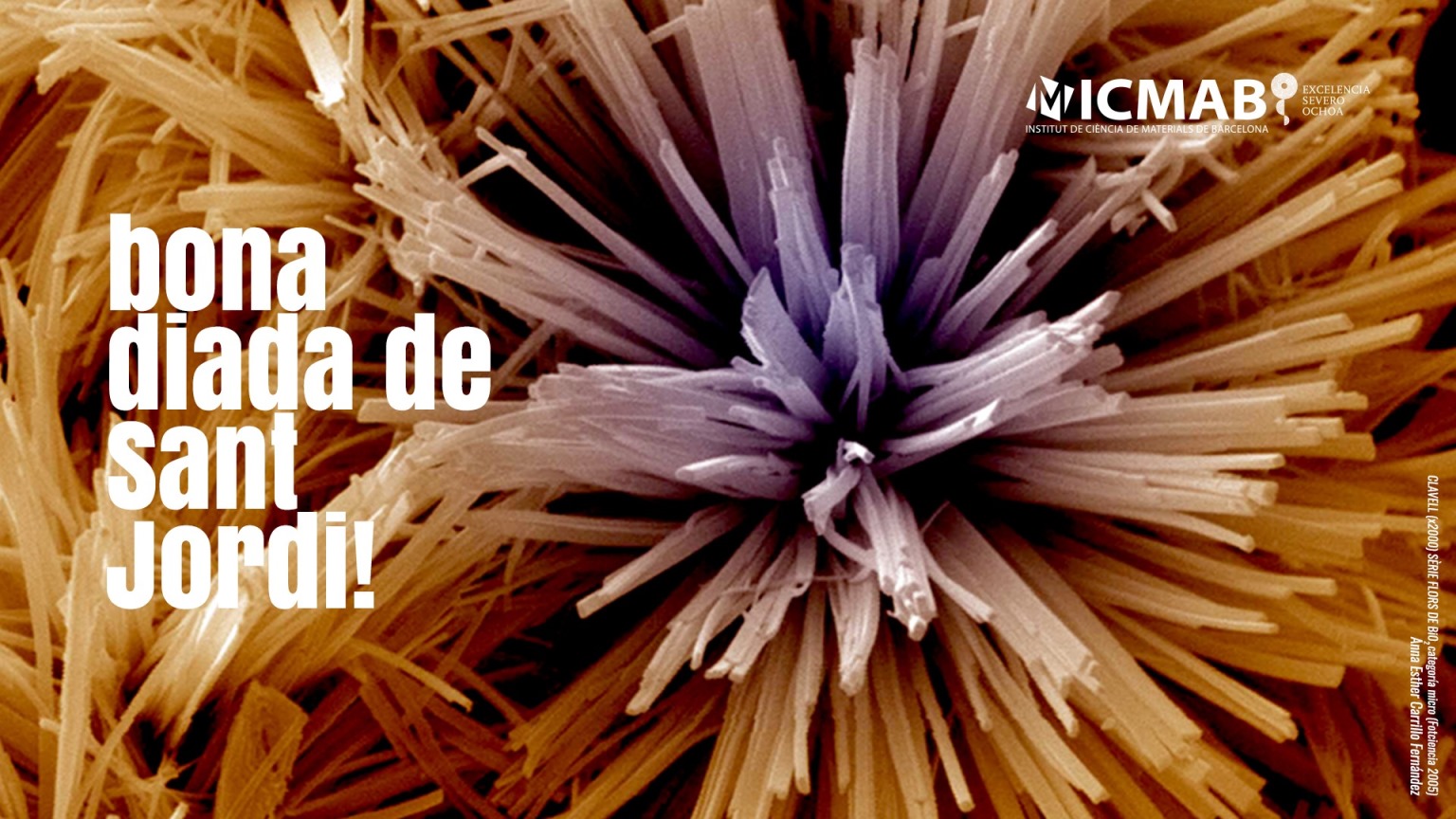 More than 30 people participated in our book exchange! And this year we decided to continue the book exchange throughout the year. We will leave the books in the hall, so that people can exchange books during the year-round.

One of the bookmarks features our Manuel Cardona Library, with an illustration by Alejandro Santos, our Librarian & Documentalist, in the front. The back of the bookmark is aimed to encourage our researchers to publish in Open Access or to deposit their articles in the Digital CSIC repository, to comply with the European and National mandates, and to share our scientific results with the society.

The other bookmark is about our Scientific Equipment Platforms: our 10 scientific and technical services open to all researchers, from the ICMAB, from other research institutes and from the private sector. Contact them for more information:

Sant Jordi (St. George) is the patron saint of Catalonia and the Diada de Sant Jordi (St George’s Day) is a festive occasion that has become a celebration of Catalan culture. It is a celebration of culture and love, represented by books and roses. The main meeting point in Barcelona is the Rambla, which is packed from end to end with book and flower stalls.

Sant Jordi is celebrated across the country on 23rd April, the day St. George died. He was under the orders of the Roman emperor Diocletian and refused to obey a command to persecute Christians, so he was martyred and decapitated. Very soon he started to be revered as a martyr and fantastical stories about him began to circulate.The cult of St. George spread throughout the Catalan Lands in the Middle Ages, though he was venerated as early as the 8th century. And since 1456 he has been the patron saint of Catalonia.The feast day has been celebrated to a greater or lesser extent since the 16th century but in the 19th century, the rise of the political and cultural movement known as the Renaixença saw it become the most celebrated civic, cultural and patriotic day in Barcelona and Catalonia.