José Vidal-Gancedo talks about COVID-19 and temperature on RAC1

The relationship between environmental factors and SARS-CoV-2 will shape the ways in which we respond to the virus as the weather changes. It is still soon to have a definitive idea of how it is affected by variables like temperature, humidity, or ultraviolet radiation, but José Vidal-Gancedo has been compiling what we know and developing a comprehensive article on the topic. His findings have been echoing on the media: he first published the article on La Vanguardia, which was followed by an interview on Aquí Cuní on SER Catalunya.

*From the ICMAB we give support to our researcher's works, and we would like to clarify that this is the author's personal opinion, not necessarily the ICMAB opinion regarding this subject. This is not the current research field of the researcher nor the ICMAB.

On 3 May 2020, he gave another interview, this time on Via Lliure on RAC1. He was interviewed by host Xavi Bundó and science communicator Nuria Jar, and they discussed what the current data can tell us about SARS-CoV-2. While higher temperatures do not seem to stop the virus, a warmer weather can help control it by reducing its spread, as it can be seen through his study of the virus growth related to temperatures around the world. 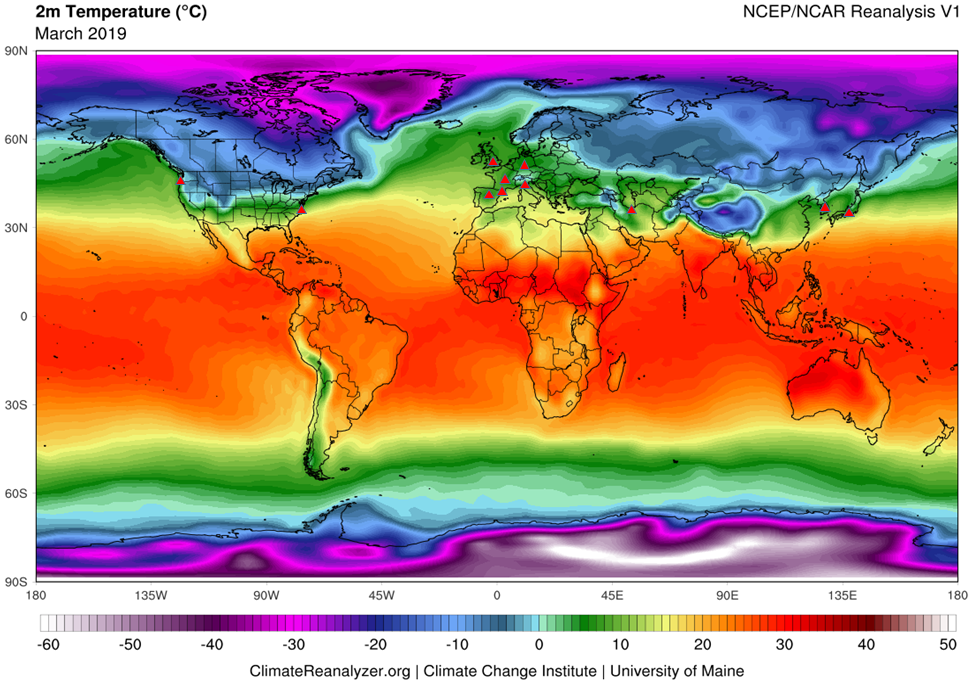 Figure: Average temperatures of March 2019 and countries with the most cases during March 2020 (red triangles).

José Vidal cites Spain as a good place to find this phenomena, since roughly the same actions have been taken across the country and that makes their particular environmental properties a specially relevant factor. He finds the data from the month of March to be a perfect context to showcase this, and uses the example of Murcia and Castilla la Mancha, two neighbouring communities with average temperatures in March of 14ºC and 9ºC respectively, but with 5 times more cases in the colder region.

In the interview, they also discuss the state of research in the topic, the effect of the virus in different countries, and how it will be affected when temperatures dip again next winter. You can listen to the section here (it's in Catalan, and it starts at 5min 20sec):

You can also read his article in La Vanguardia, or listen to his other interview on Aquí Cuní (LA SER).