Great success in the EuroBoron9 2022 conference organized by ICMAB researchers

Rosario Núñez and José Giner from the Inorganic Materials & Catalysis Group (LMI) group were the Chairs of this European Conference on Boron Chemistry.

The European Conference on Boron Chemistry (EuroBoron) took place between 3 and 7 July 2022 at the UAB Phylosophy and Arts Faculty Auditorium, at the UAB Campus, next to the Institute of Materials Science of Barcelona (ICMAB, CSIC).

The topics covered ranged from Cluster Boron chemistry to Organoboron compounds and their metal complexes, asymmetric synthesis via organoboron compounds, enantioselective reductions, chiral boron compounds, Boron compounds in medicine, Boron containing materials, polymers, ceramics, borides, Boron nitride, Boron oxides and other aspects of Boron chemistry, including characterization and modelling.
The opening of the EuroBoron9 took place on Monday, 4 July 2022, by Rosa M. Sebastián, Director of the UAB Research Park (PRUAB) and Xavier Obradors, ICMAB Director, together with the conference Chairs, Rosario Núñez, and José Giner, from the Inorganic Materials and Catalysis group at ICMAB, who welcomed all the participants. 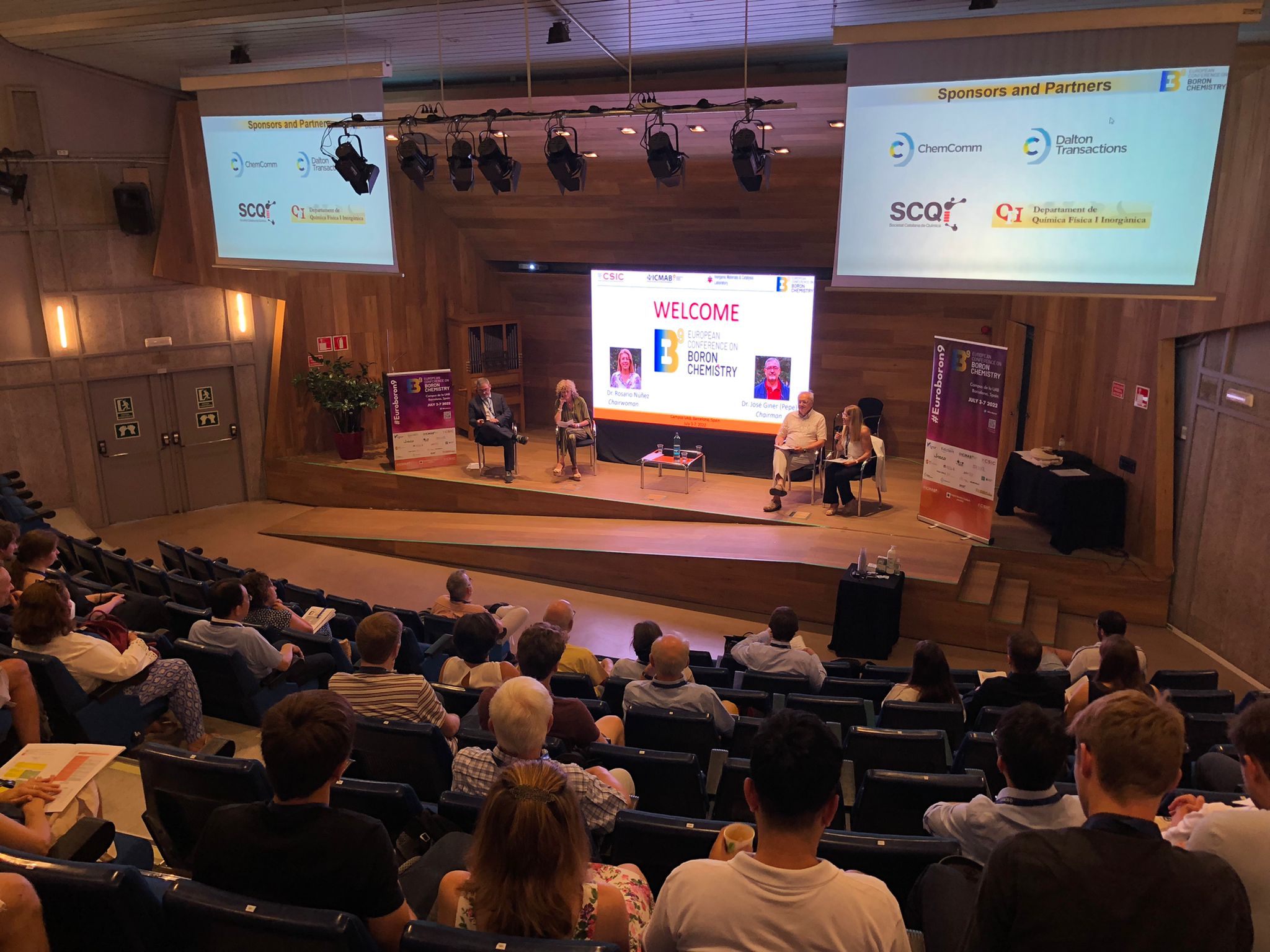 Opening of EuroBoron9 at UAB Phylosophy and Arts Auditorium

"It is a great pleasure to open this European Conference in Boron Chemistry, 25 years after the first one. Boron Chemistry has always been part of ICMAB and we are happy that there is now a very active and large group on this topic in our Institute capable of organizing this conference in Barcelona again" - said Xavier Obradors, ICMAB Director.

More than 150 participants from 21 countries from around the world gathered to discuss the latest Boron Chemistry results and applications in different fields: synthesis, medicine, materials, clusters, and more! 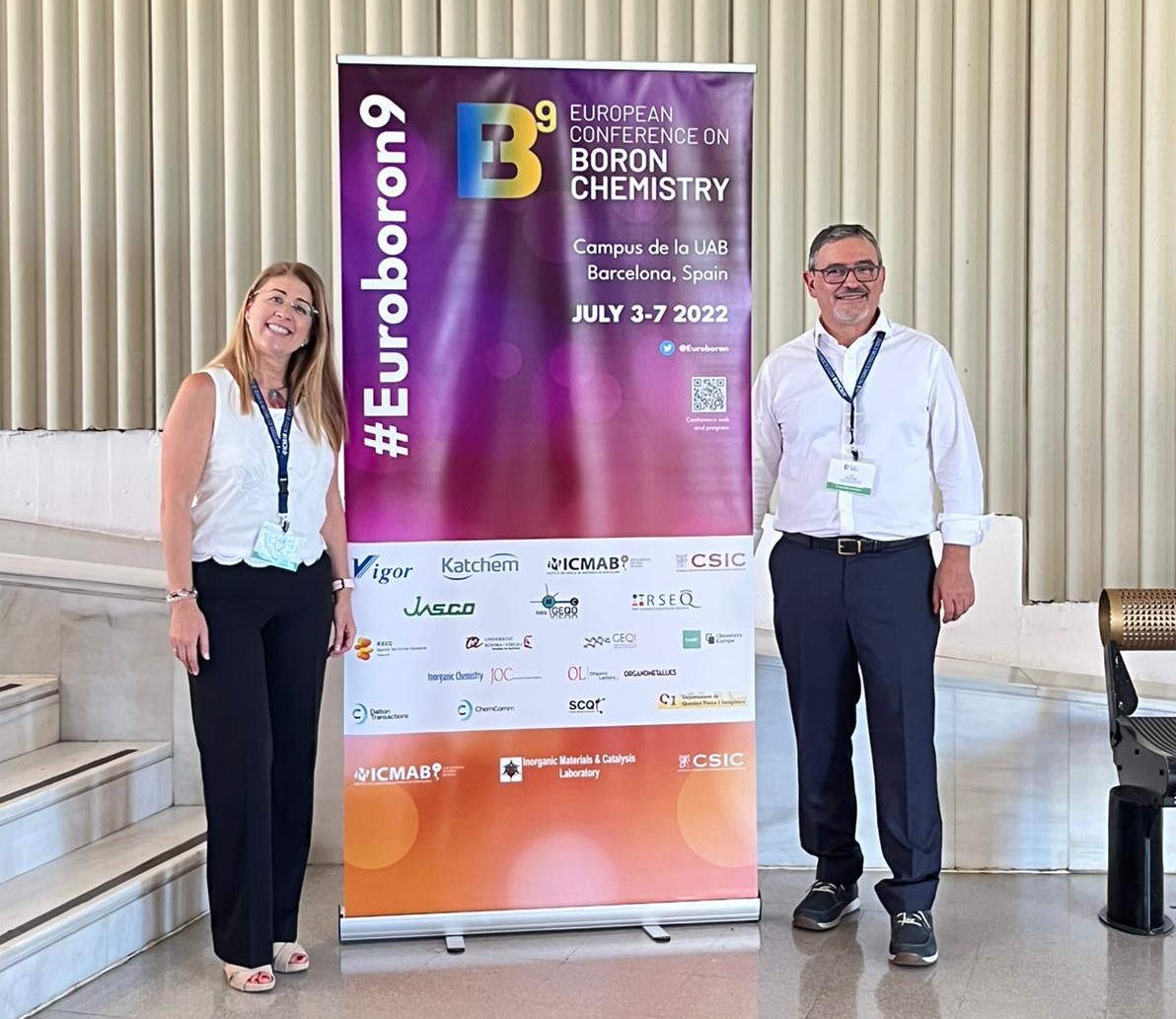 Within the Student Contest Oral Communications, 3 prizes were awarded to the 1st, 2nd and 3rd best oral communications, and were funded by the Royal Society of Chemistry (RSC) and Wiley:

Moreover, 53 posters were presented during the multiple poster sessions organized. Two prizes were awarded to the two best poster presentations funded by Wiley.

The 4 Keynote Lectures were given by experts in the Boron field:

The first EuroBoron was held in Platja d’Aro, in 1997, 25 years ago, and was organized by ICMAB researchers Clara Viñas and Francesc Teixidor from the Inorganic Materials and Catalysis group at ICMAB. This 2022 EuroBoron9 conference, organized again by the same group at ICMAB, wanted to be also in honour of these two researchers,  who retire this year after a scientific live devoted to Boron chemistry and materials.

In 3 years, in 2025, the European Conference in Boron Chemistry, EuroBoron10, will take place in... Łódź, Poland!

The conference is very active in Twitter @Euroboron9, so you can check their profile for photos of the event and more information! 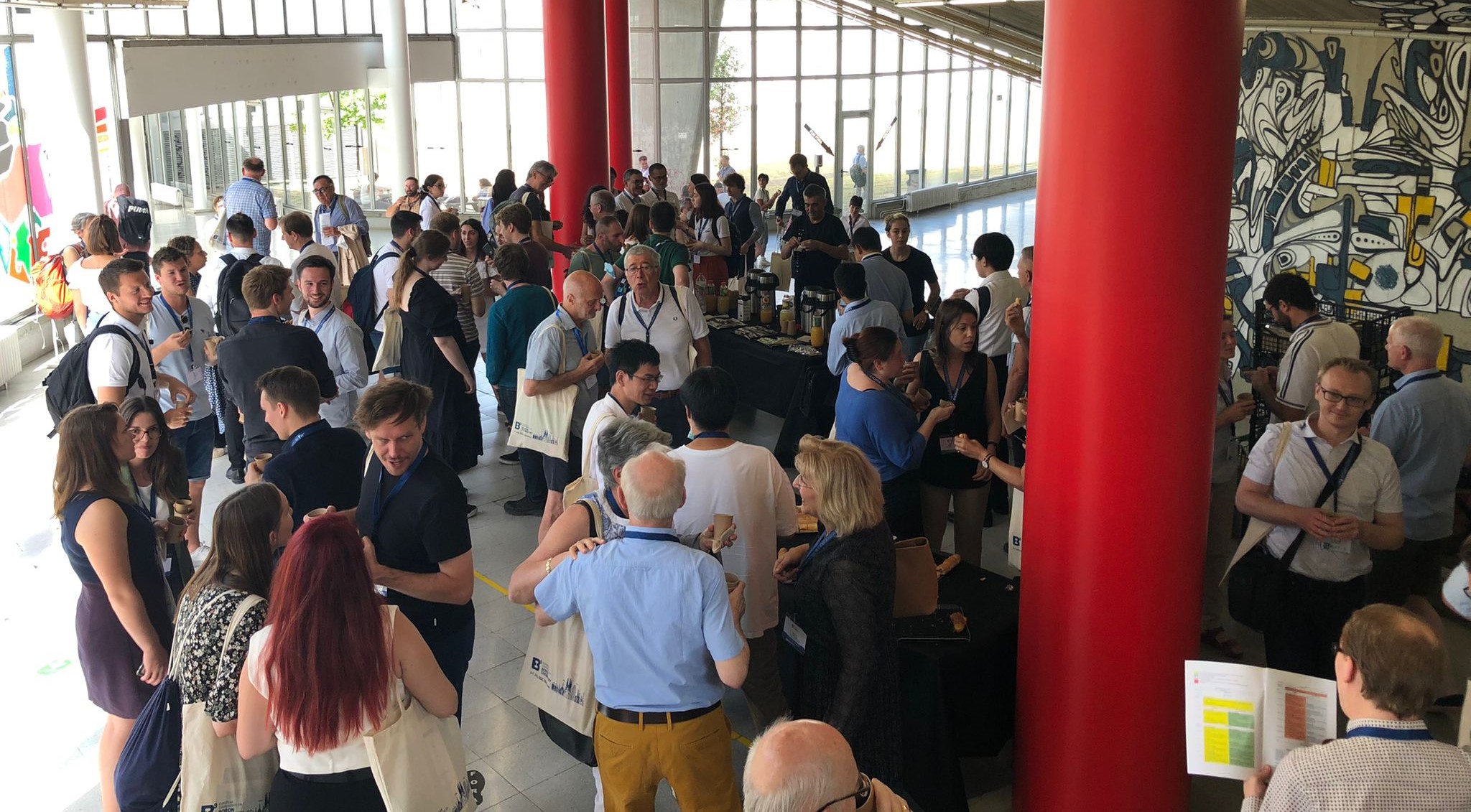 Thanks to the Organizing Committee

"The orgaization of this conference has been a great challenge for us, but we are very satisfied with the result and the success we have achieved. Thanks to everyone who has been involved in the organization. Next EuroBoron10 will be held in Łódź, Poland in 2025, so I hope to see you all there!" - says Rosario Núñez, conference co-chair.

Thank you to all the team for organizing such a great conference! 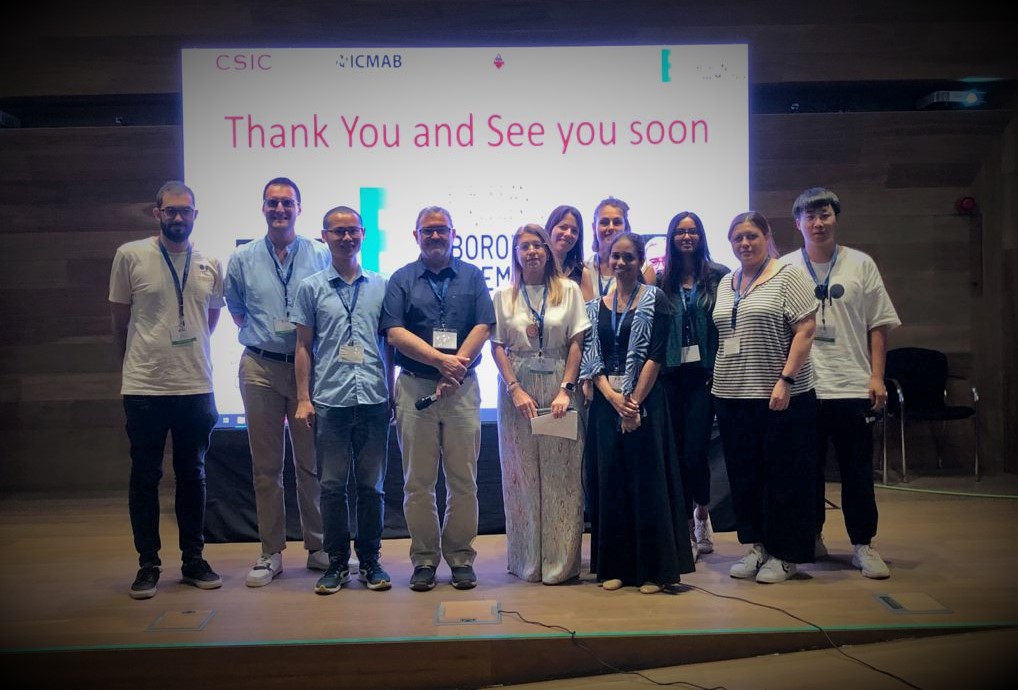