The TECNIO Research Association is born, chaired by Nora Ventosa

Five CSIC groups are part of the new TECNIO Association, which aims to boost technology transfer in Catalonia. 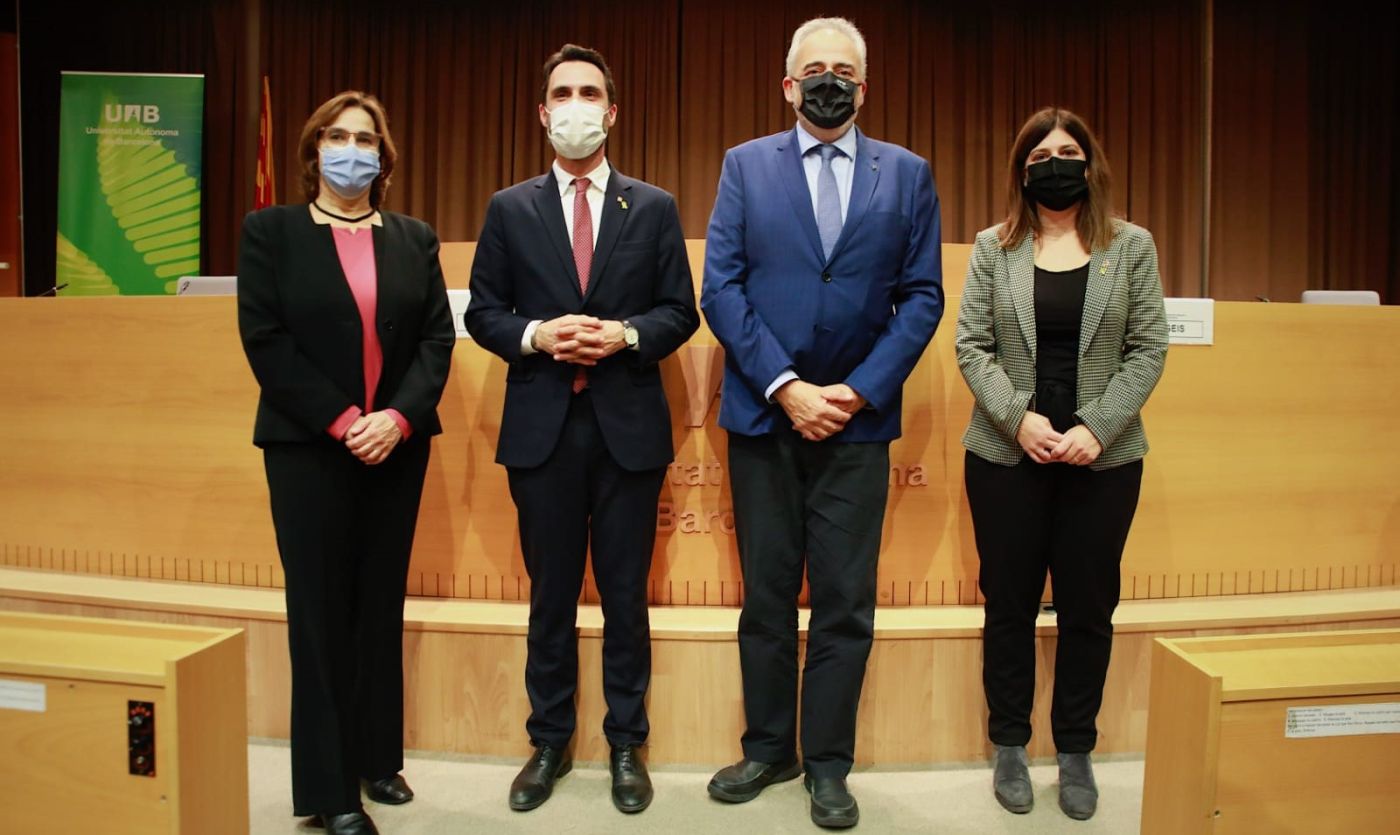 The TECNIO Association was presented on 8 November 2021 on a press event at the UAB.

Up to 59 groups, five of them from CSIC, one of which is the NANOMOL group at ICMAB, are part of the new TECNIO Association that wants to promote technology transfer of universities and research centers to companies, to strengthen the competitiveness of Catalan companies.

The association has been constituted by the CSIC, Catalan universities and the I-CERCA foundation, and its president is Nora Ventosa, ICMAB researcher at the Molecular Nanoscience and Organic Materials (NANOMOL) Group at ICMAB. She is also the founder of the spin off Nanomol Technologies, vicepresident of the Societat Catalana de Química (SCQ), and a member of the Institut d'Estudis Catalans (IEC).

The association will receive a grant of 300,000 € from ACCIÓ over the next 3 years to strengthen the market vision of these agents and bring them closer to companies.

The TECNIO seal is awarded by ACCIÓ, the agency for innovation, trade & investment of the Generalitat de Catalunya. The seal identifies technology development groups in Catalonia, and certifies that they carry out applied research in differential technologies and have the capacity to transfer it to the market through R&D projects with companies, patent licensing or the creation of technology-based start-ups. They are research groups specialized in different topics, mostly located within Catalan universities and research centers ( I-CERCA Foundation and CSIC), and distributed throughout the territory, which are active with both SMEs and large companies in Catalonia and Europe.

One more step to reinforce the approach to companies

TECNIO accreditation was born in 1999 and is renewed periodically. Between 2016 and 2019, the centers with this accreditation obtained 300 million euros in total revenue and 90 million in R&D&I contracts with companies. At the same time, 61 patents emerged from their applied research that were transferred to companies and 17 spin-offs were created.

To boost the market impact of these research groups, since 2018 ACCIÓ has allocated more than 8 million euros to the INNOTEC line, aimed at the development of R&D projects developed jointly between companies and TECNIO research or university groups in areas such as ICT, biotechnology, photonics, manufacturing, new materials or nanotechnology, among others. With the creation of the new TECNIO Association, a further step to strengthen the approach to companies and technology transfer is taken.

Presentation of the TECNIO Association

The 59 Research Groups that have received the TECNIO certification presented the new Association to the press in an event that took take place at the Sala d’Actes of the Universitat Autònoma de Barcelona, on Monday 8 November at 6:15 pm.

The Molecular Nanoscience and Organic Materials (NANOMOL) Group is one of the recipients of the TECNIO certification since 2016. The group received it for the first time in the 2016-2019 period and they renewed it for the 2020-2023 period, showcasing the groups commitment to technology transference to the industry sector. 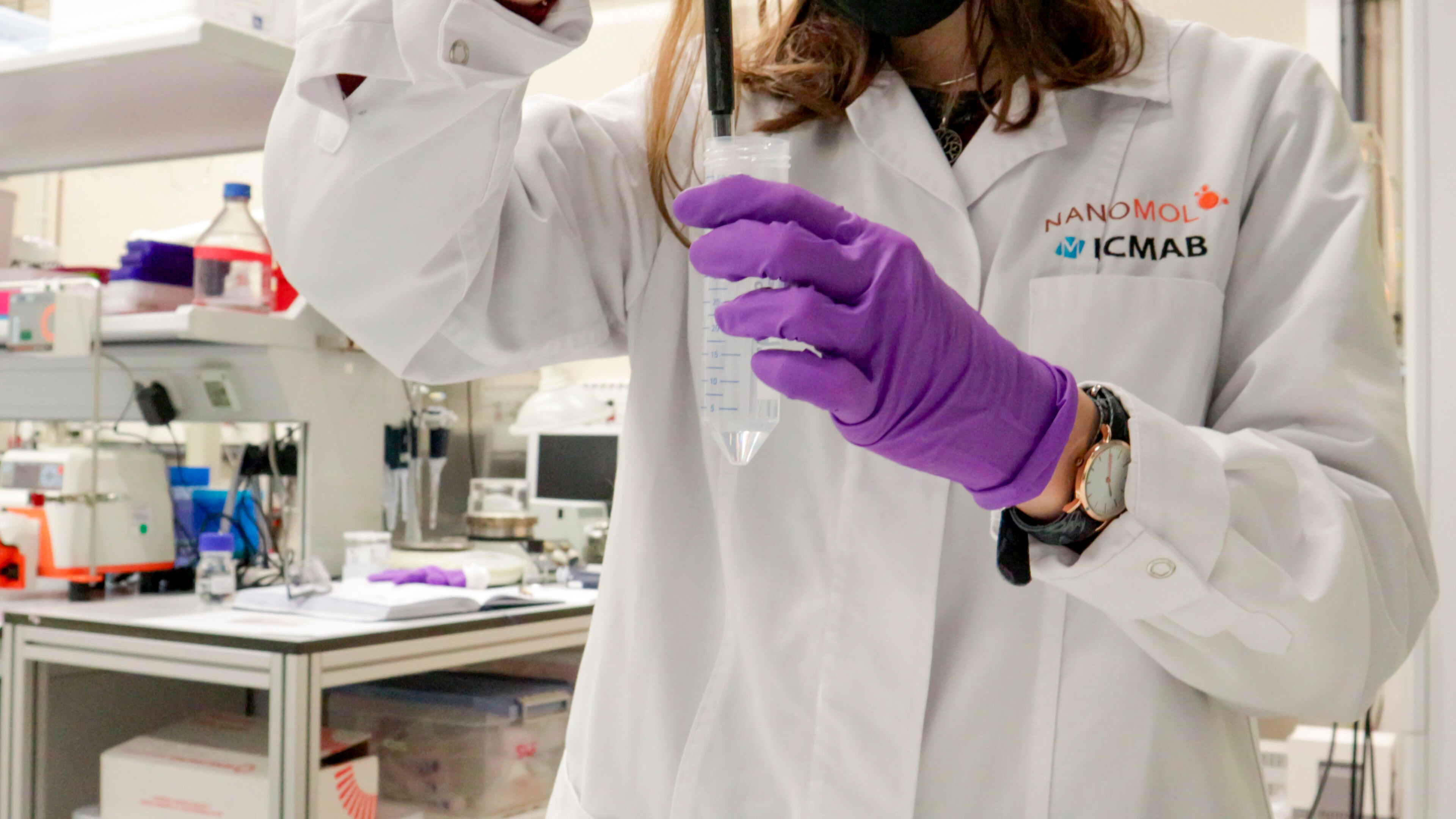