The hybrid event was stacked with talks and emotive moments. 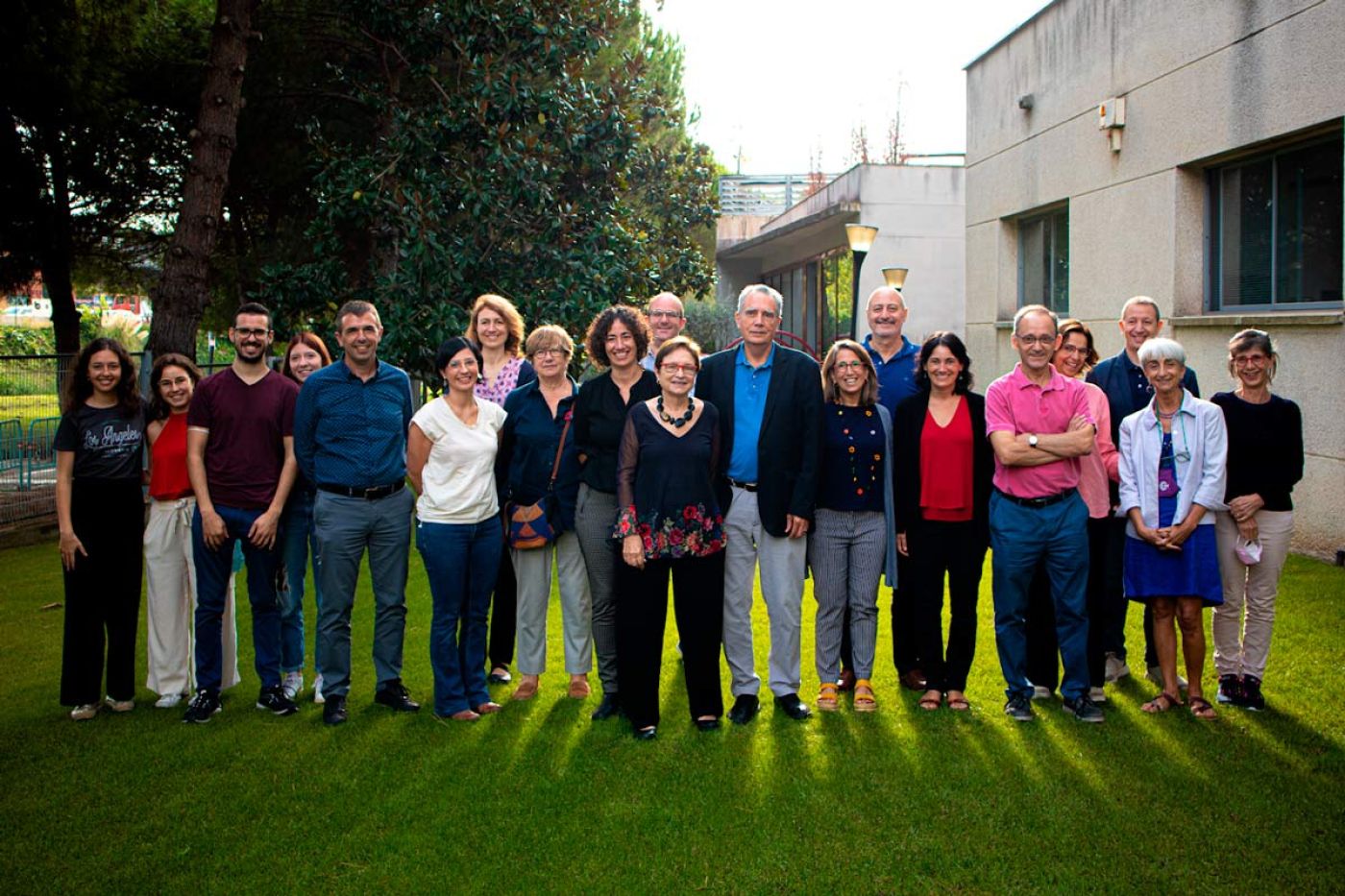 Group picture at the Workshop / ICMAB

Jaume Veciana and Concepció Rovira turned 70 years old on 2020, and retired as ICMAB researchers from the Nanomol group (Jaume Veciana continues as Prof. ad honorem). On 30 September 2021 we were finally able to celebrate their careers in an event that was organized on March 2020 but had to be postponed due to COVID-19. 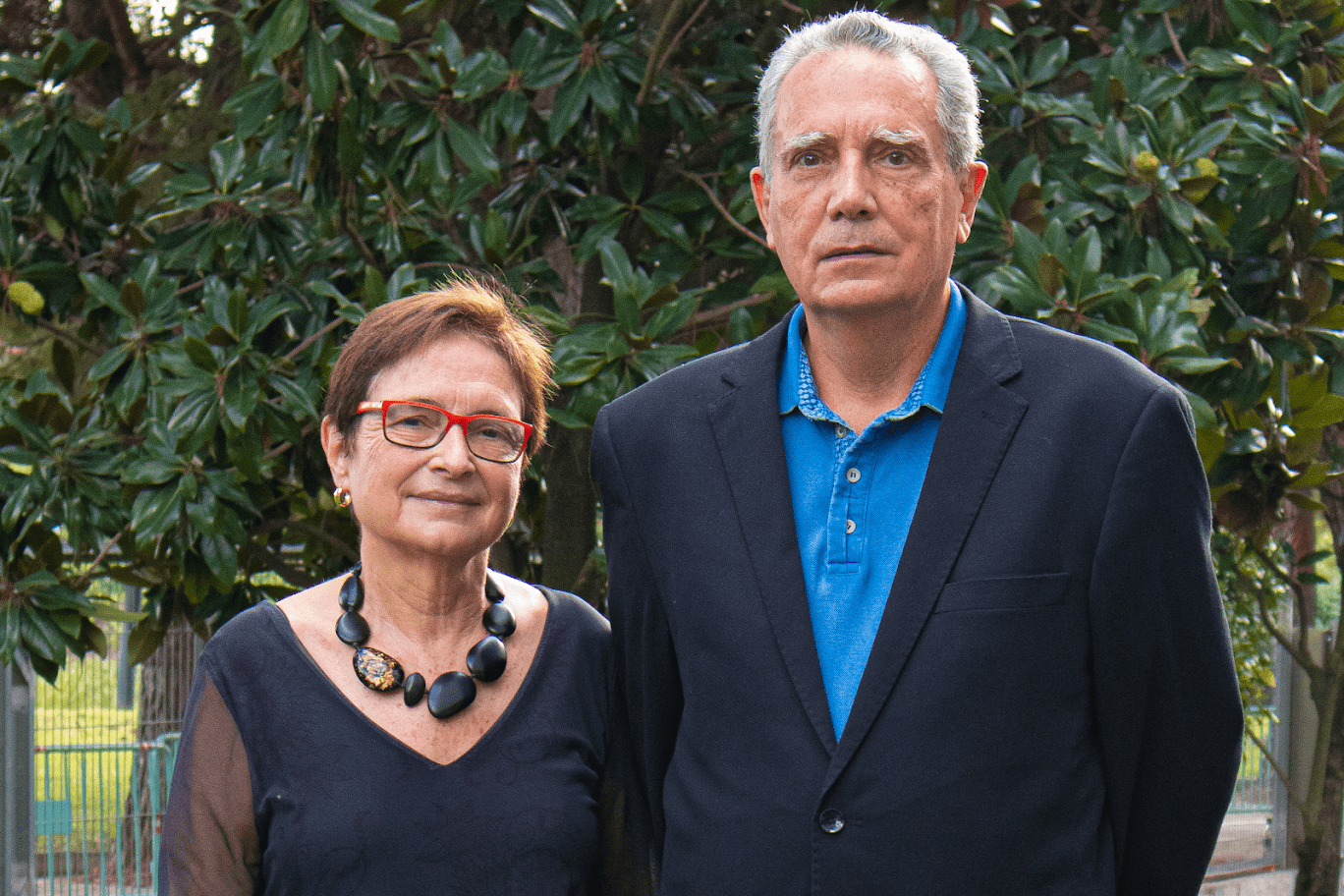 The objective of the event was to recognize their fruitful scientific careers in all their aspects, from their leadership in their respective research fields, the networks they helped create, their support to technology transference and training, and more.

It was celebrated as a hybrid meeting that could be attended through Zoom as well as live at the Carles Miravitlles Meeting Room at ICMAB. The event’s programme was full of renowned researchers, some of who had collaborated with Jaume Veciana and Concepció Rovira at some point in their extensive career. The 15 total talks presented in this event had a focus on molecular materials and their application in molecular electronics and molecular magnetism.

The original collaborations with Jaume Veciana and Concepció Rovira appeared in the context of European networks and projects as well as in the national context, around the foundation of the molecular materials group at the Real Sociedad Española de Química (RSEQ) and its school, which was cofounded by Jaume Veciana as well as Fernando Palacio and Eugenio Coronado.

Other speakers were Doctors who had studied together with them. Some of the talks represented the industry’s approach to molecular materials, like the ones by Joan Cirujeda, Maribel Crespo and Elisabet Ribera, and some the world of research, like Daniel Ruiz and Xavi Ribas, who also highlighted the importance of training during the time he was at the Nanomol Group.

You can watch the full broadcast of the event here.

The event was very informative, but was also full of emotional moments, as the personal testimonies of gratitude from the people who have worked with Jaume Veciana and Concepció Rovira poured in. The event was bookended by a video that highlighted the many achievements of the couple: it covered all the centers they have been a part of (CID, EUA, ICMAB...), some of their most groundbreaking scientific publications, their trajectory from molecules' synthesis to molecular materials, to electronic and nanomedicine applications, the creation of research groups and their networking efforts, and the outstanding work environment they tried to form, with annual trips, group dinners, and many other traditions.

The honored shared some heartfelt words, and so did some of the researchers attending. And finally, they were gifted a bronze and iron sculpture commissioned to the sculptor Savina Vall Angulo, titled “Molecule Couple”, which represents their careers. 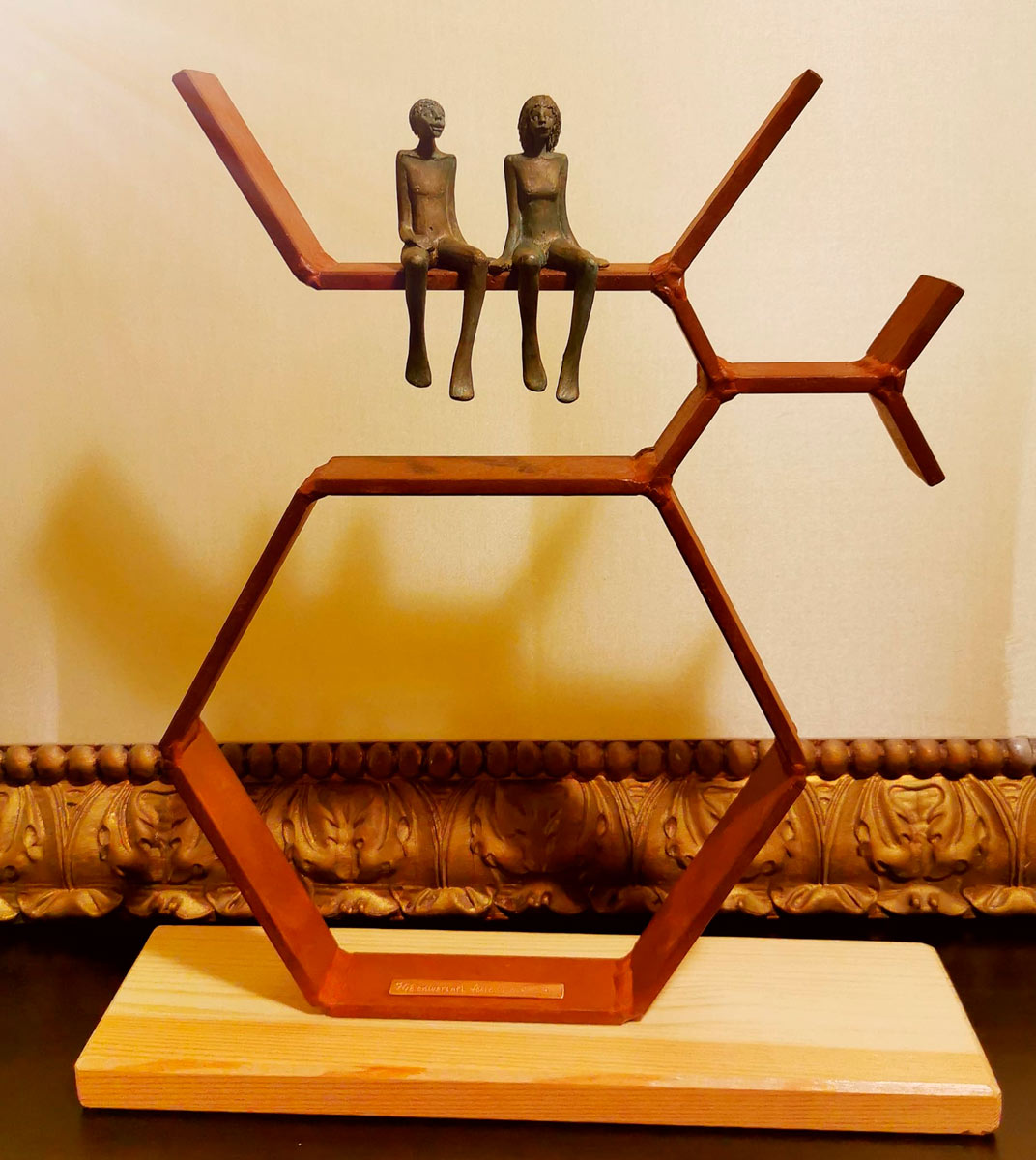 Jaume Veciana and Concepció Rovira have helped bring excellence to our center and we want to thank them one more time for all their work and congratulate them on their outstanding careers. Only to show a bit of their excellence and impact, as Xavier Obradors mentioned in the opening "They published more than 640 articles, which have more than 21,000 citations. This represents around 11 % of the ICMAB publications and citations."