ICMAB was present at the TECNIO 2022 Congress, held at the University of Girona on 19 October 2022. Nora Ventosa, ICMAB researcher at the Nanomol-Bio group, is the TECNIO Association President.

The Aula Magna of the University of Girona hosted the 1st TECNIO 2022 Congress, an event attended by nearly two hundred people, which included presentations, round tables, networking session and exhibition space for the TECNIO centers, and which brought together outstanding representatives from the world of research, administration and business. A day to debate and identify the challenges facing the current knowledge transfer ecosystem to turn Catalonia into a hub of technological innovation.

In the opening speech, Nora Ventosa, president of the TECNIO Association and ICMAB researcher, highlighted the responsibility of Catalan politicians and administrations to make the transfer of knowledge a high-speed train and to ensure that investment in research returns to society. The general director of knowledge transfer of the Generalitat de Catalunya, Xavier Aldeguer, has continued, who has declared that "he will work so that the work done in terms of transfer is maintained over time and moves beyond the political color".

Banner of the TECNIO congress

Next, Pere Condom, head of the UdG's Research and Technology Transfer Office, spoke about new trends in technology transfer and business innovation, focusing on the role of the Tecnio Association as a large technological concentration in Southern Europe that helps corporations innovate.

During the first part, at the round table "Time to transfer: mechanisms to encourage research to reach the market", the need for the administration, research institutions and the business fabric to work to promote policies of intensive collaboration that allows research professionals to continue their projects until bringing them closer to the market. 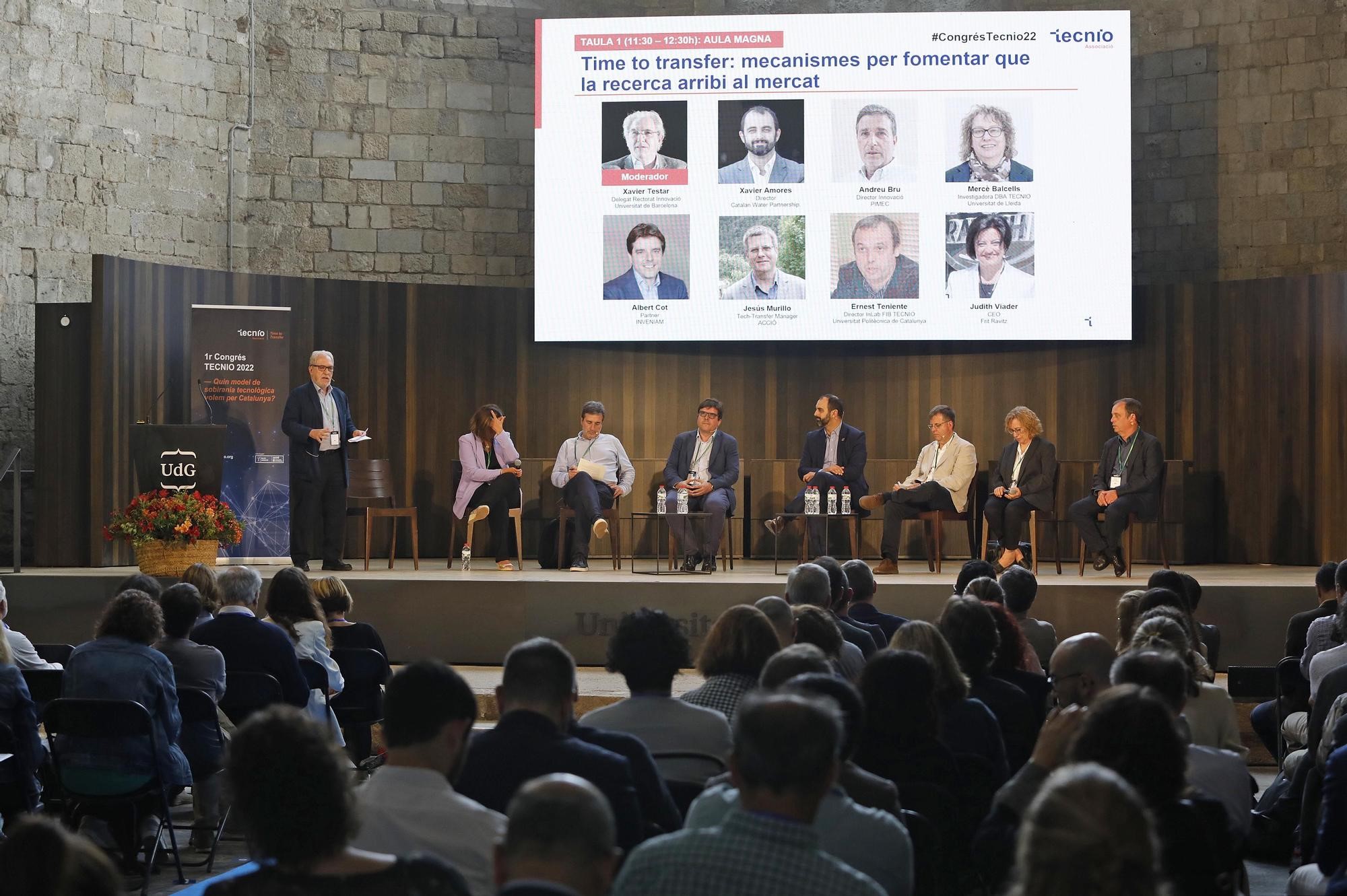 At the Research & Tech-Transfer Career table, dedicated to the professional career, new instruments and policies have been presented to encourage knowledge transfer and collaboration with companies, beyond impact papers or publications in specialized magazines.

In the second part of the day, there was a debate about the needs of companies to collaborate with R+D centers to make Catalonia more competitive in a macroeconomic framework where emerging powers are gaining more and more weight. The "Company Calling" table highlighted the need for companies to see research institutions as a priority technology partner, beyond the collaborative framework that currently exists.

Apart from the round tables, the 1st TECNIO Congress has had an exhibition area where some of the TECNIO groups and centers have shown their projects and technological capabilities. Among the different samples, visitors were able to observe a 75 cm high robotic arm with sensors from the CD6 TECNIO group of the Universitat Politècnica de Catalunya or a 120 m long submarine from the TECNIO VICOROB group from the University of Girona. 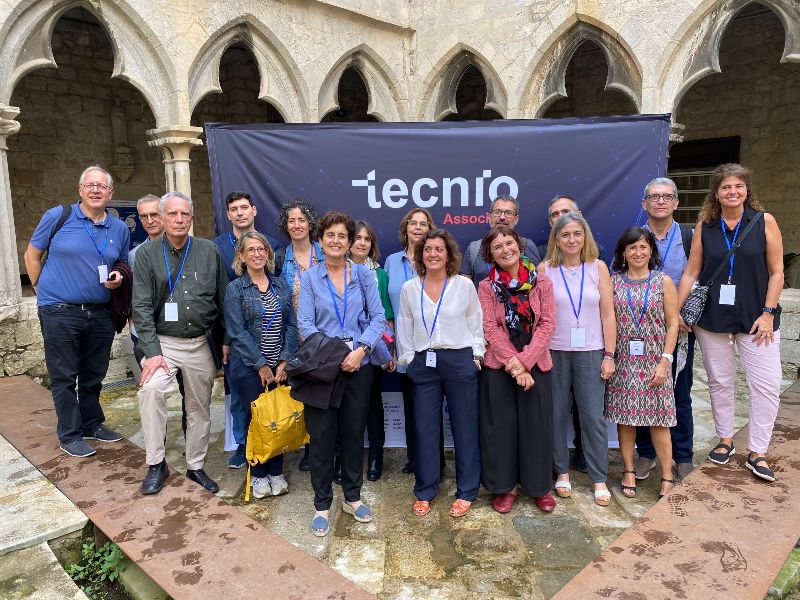 Researchers and technicians from CSIC at the first TECNIO congress. | CSIC

This is the first congress of the TECNIO association, which brings together 56 university groups and CERCA and CSIC research centers that have the TECNIO seal: it consists of an accreditation granted by the Generalitat de Catalunya, through ACCIÓ, to technology developers most innovative of the country's R+D+I system with differential technological capabilities and the ability to transfer them to the company.

This first congress was a success, because it became a meeting forum for sharing and networking between the different actors involved in making the transfer process more efficient in order to achieve a more innovative and therefore richer country. 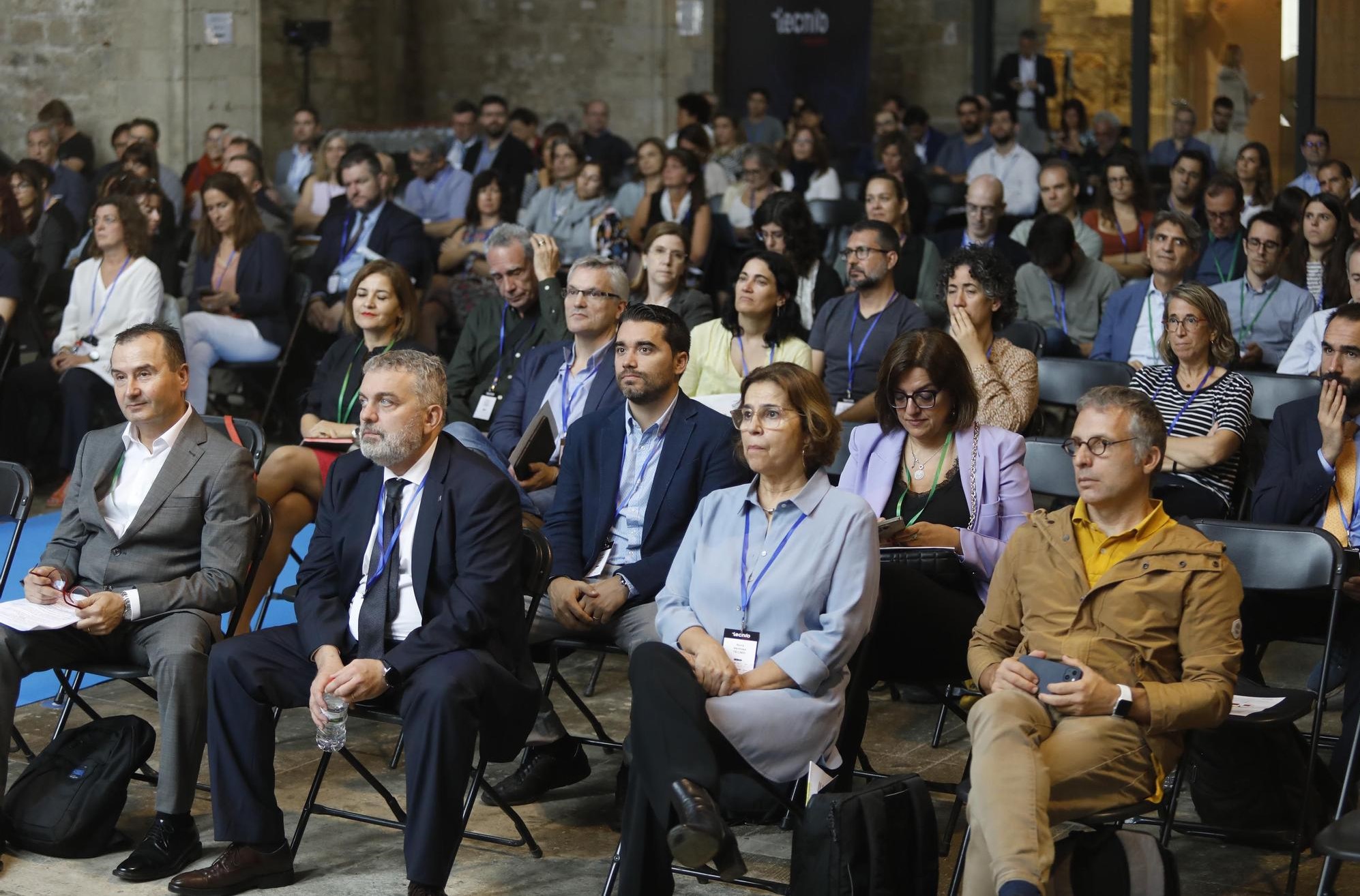