The award comes from the Societat Catalana de Química (SCQ) for her excellent scientific career in the area of chemistry.

Clara Viñas receives the SCQ research award from Gregori Ujaque, president of the SCQ at the IEC (21 June 2022) | SCQ-IEC

The Societat Catalana de Química is an association that represents chemists from the Catalan Countries within the European context. Its members organize educational and scientific activities around chemistry to increase the social contribution of the field, promote it amongst young people, and encourage its dissemination. The association also fosters interdisciplinary knowledge of ideas and innovations to help advance the field and it gets involved with Catalan public institutions for the enhancement of scientific education. 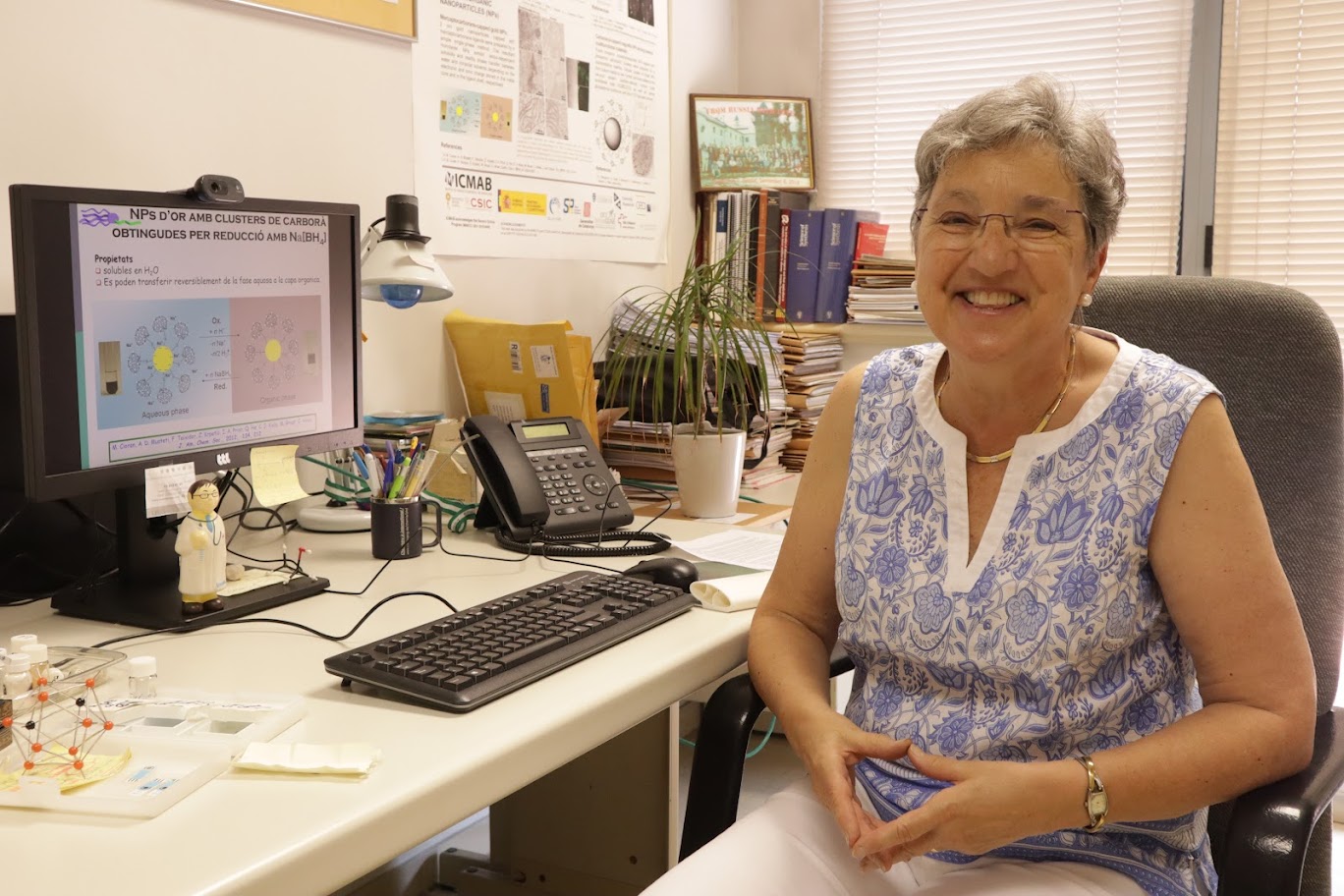 Clara Viñas in her office | ICMAB

This year, the Societat Catalana de Química awarded the Second Edition of the SCQ Awards in Research, Education, and Dissemination in Chemistry.

ICMAB Researcher Clara Viñas, from the Inorganic Materials and Catalysis Group, has received the SCQ Award in Research in recognition to her scientific career in the area of chemistry. The award was ex aequo together with Joan O. Grimalt, researcher at IDAEA-CSIC. 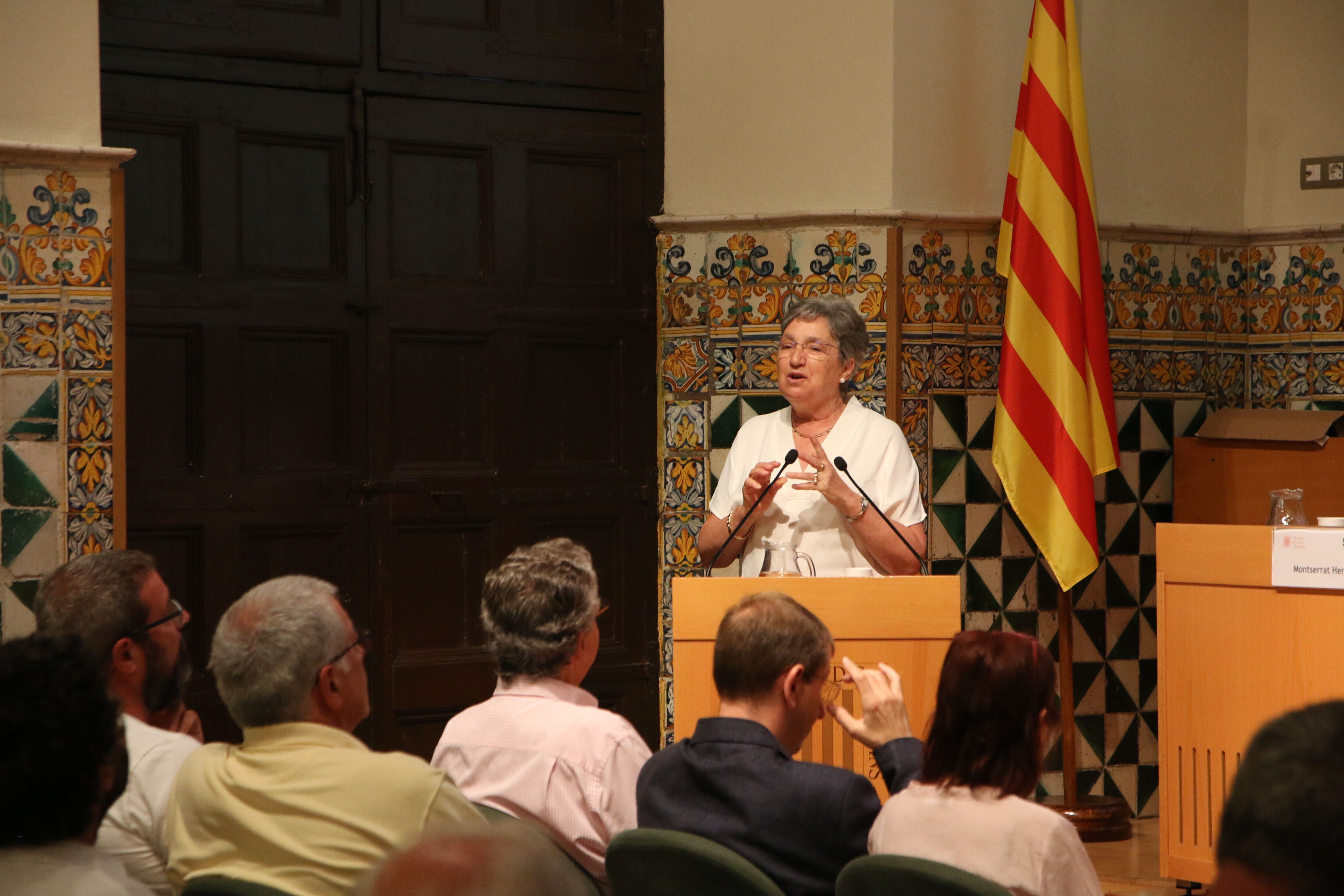 Clara Viñas during the SCQ awards ceremony at IEC | SCQ-IEC

Prof. Clara Viñas work has helped in the development of a pioneering research in the field of boron-based compounds, carboranes and metallacarboranes, to be applied in medicine, biosensors, sustainable environment and energy.

In June 2021, she was elected a member of the Academia Europaea, section of Chemistry, in celebration of her outstanding achievements as a researcher in the area of Chemistry. In 2019 she worked on the "Recommendations of Nomenclature for Boranes and related species” from the IUPAC website. She received the Medal at the International Conference on Coordination Chemistry (ICCC42) in 2016.

On 5 July 2022, you will be able to listen to Clara Viñas giving a Keynote Lecture at the 9th European Conference on Boron Chemistry (EuroBoron 2022) in Barcelona titled "Towards the application of purely inorganic anionic icosahedral boron clusters in nanomedicine".

The awards ceremony was on Tuesday, 21 June 2022, at the Sala Prat de la Riba of IEC (Institut d'Estudis Catalans). During the ceremony, Clara Viñas offered a talk about her research career to the audience, who was full of friends and family to celebrate this recognition with her. 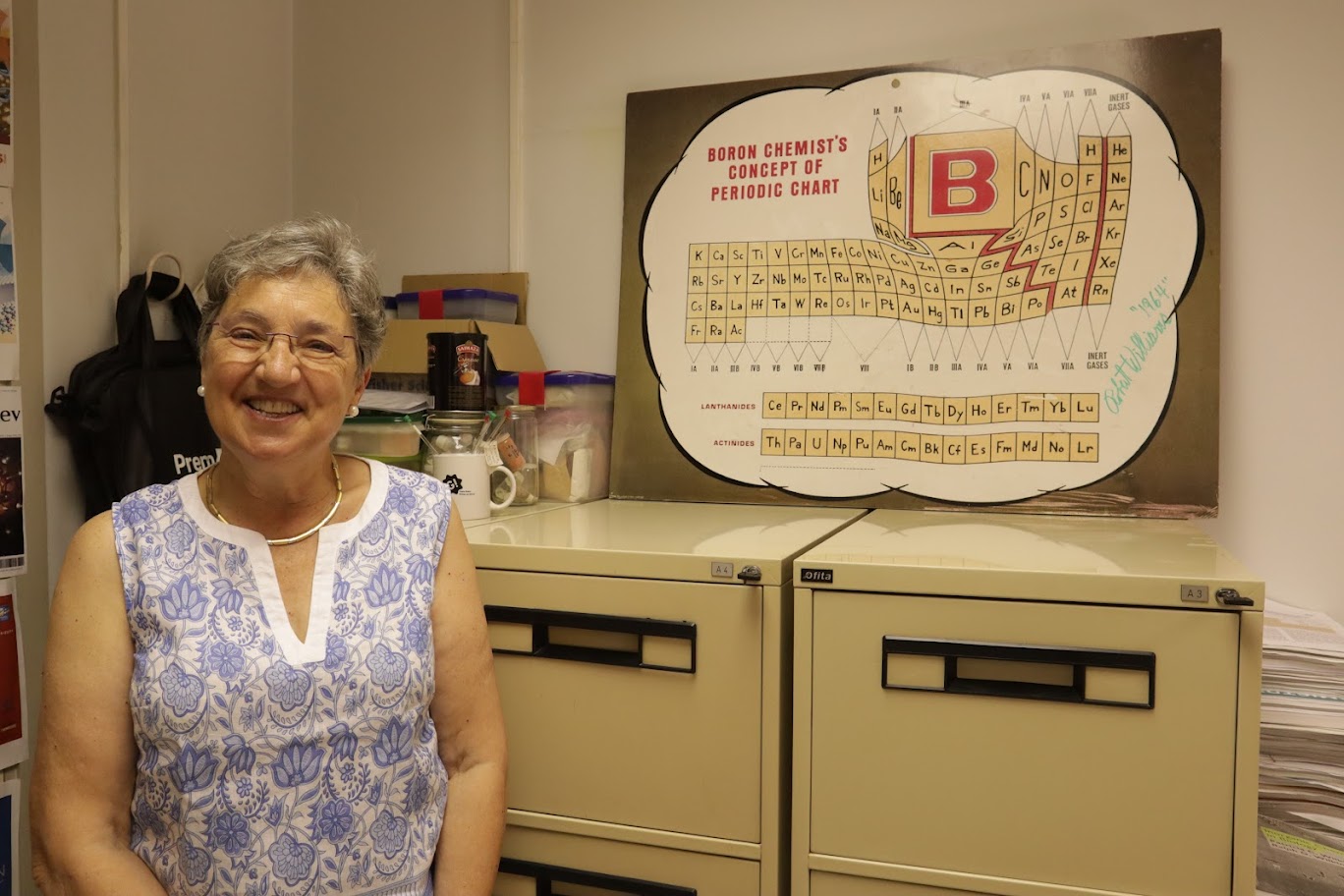 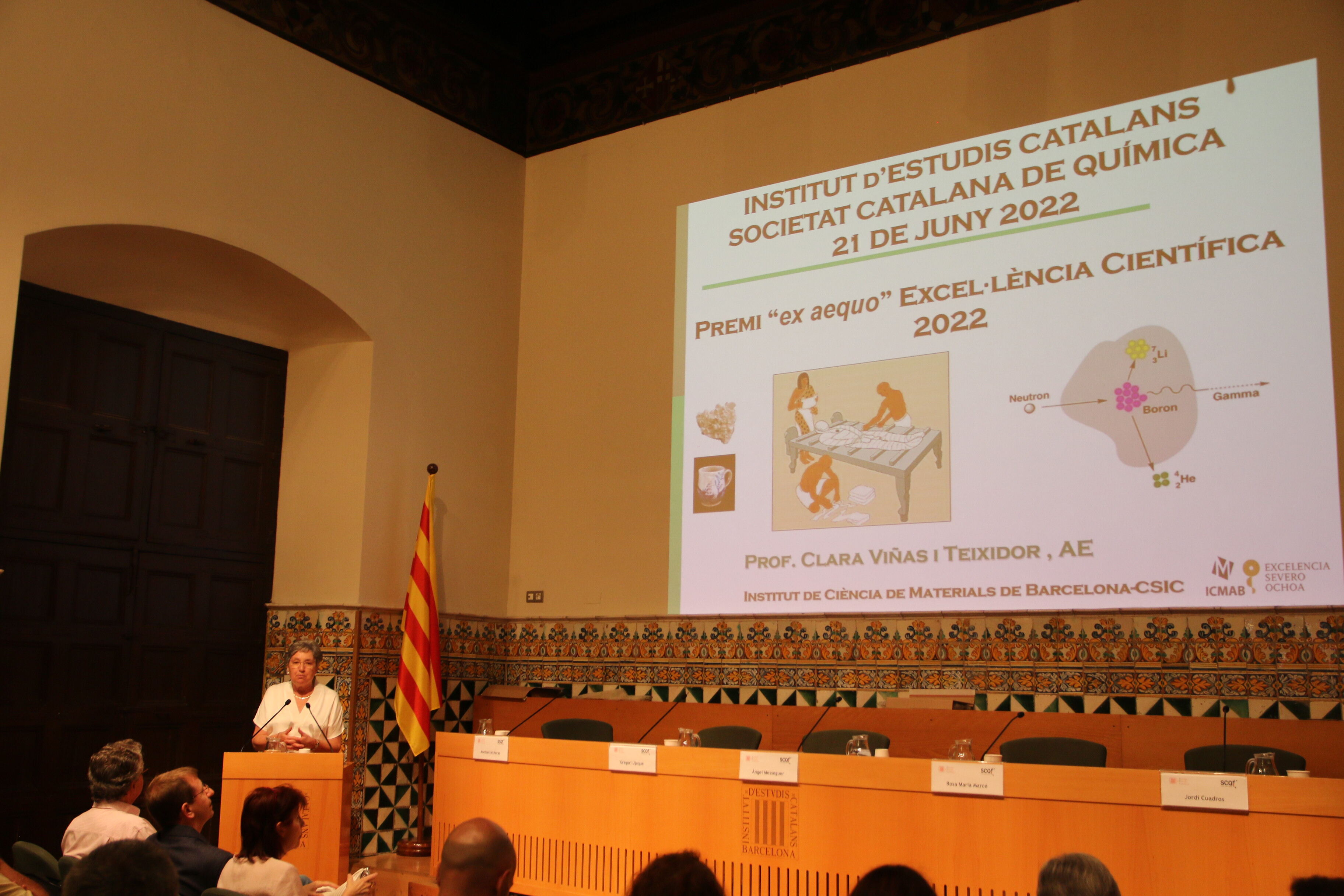 Clara Viñas during the SCQ awards ceremony at IEC | SCQ-IEC